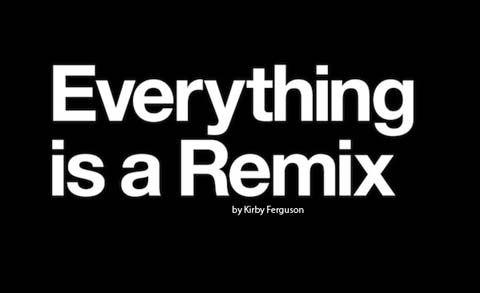 THE "EVERYTHING IS A REMIX" SERIE

Remixing is a folk art but the techniques involved - collecting material, combining it, transforming it - are the same ones used at any level of creation. You could even say that everything is a remix.


An exploration of the remix techniques involved in producing films. Part Two of a four-part series.An additional supplement to this video "TARANTINO REMIXED" can be seen HERE
Creativity isn’t magic. Part three of this four-part series explores how innovations truly happen.Buy the music at: everythingisaremix.info/​part-3-soundtrack/​


Our system of law doesn't acknowledge the derivative nature of creativity. Instead, ideas are regarded as property, as unique and original lots with distinct boundaries. But ideas aren't so tidy. They're layered, they’re interwoven, they're tangled. And when the system conflicts with the reality... the system starts to fail.
da BADINICREATEAM il 6/21/2011

MORE AND MORE FROM US!

SMILE AT THE FUTURE!